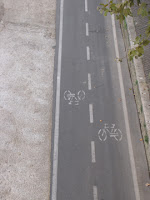 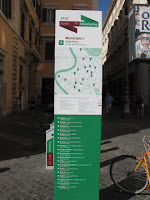 The last week of our Italy vacation was spent in the beautiful city of Rome. Rome is known for its history, churches, art, and now I know that it also has bike culture. On first arriving their by train and then bus, all I could see were cars, scooters, and buses. When we broke out on foot, we immediately saw that the side streets and non-tourist areas were ruled by bike. 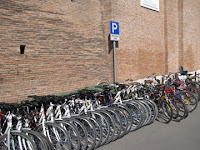 Rome's transportation department (ATAC) controls its buses, trains, metro, and now its bike sharing program. It is ran similarly to Milan's program, in that you can rent and return to any station, first 30 minutes are free, and that they are heavily used. The program in Rome is newer and so the number of stations still remains few, but it seems that future growth is definite.

Rome also has decent bike parking, but it seems that they are like many places and park anywhere that there is an unmovable object. They also have interesting bike lanes, paths, and trails. Almost all of these were off-road and provided cyclists and pedestrians a car free zone to travel through the city. They also had good wayfinding to guide cyclists to the proper routes between the bike stations and the main city hot spots. All in all, Rome was a great way to finish off the trip and we had a chance to rent bikes and ride down the Apian Way, which I will describe in an upcoming post. 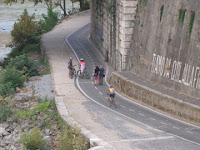 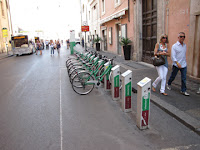 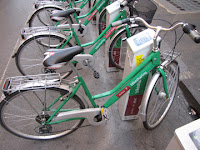 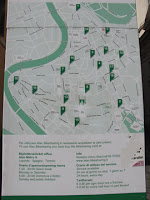 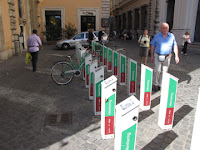