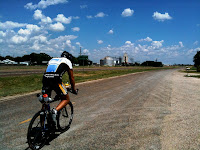 With our summer travels this year, we missed a very important day for our family. Observed every year on September 21st, World Alzheimer's Day raises awareness of the public, people with dementia, their family and friends, medical professionals, and researchers about Alzheimer's Disease. It is important to my family because dementia and Alzheimer's affected my grandparents and my wife's grandmother died from Alzheimer disease on '04. My mother-in-law has become a great advocate for Alzheimer research and has become the leading state advocate for Kentucky. Having a globally coordinated awareness day sends a strong message to governments and policymakers that dementia is fast becoming a public health crisis as the world's population grows older. The day can also be used to educate and challenge people's misconceptions as well as the stigma of dementia.

In addition to the annual Memory Walk sponsored by the Alzheimer's Association, this seems like a terrific opportunity to get involved and show your enthusiasm and support for Alzheimer's disease. Click here to find an event in your area, follow the riders, and sign the online petition.