Catching Up In Miami

Sorry for the lull in posts, but I was in a 2-day design charrette for the City of Miami and it was very time consuming, but was refreshing to work side by side with their bike coordinator and see the cool things that they have planned for the cyclists in Miami-Dade County. Good things are already there and even better things are on the horizon. 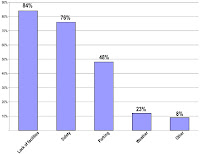 Miami appears to have the same issues with getting people to bike that most other places do. Believe it or not, 84% of Miami citizens feel that lack of facilities keeps them off their bikes and perceived safety is a close 2nd at 79%. Weather, presumably the heat and unpredictable rain showers, only affect 23% of people's decision to ride bikes or not. This survey data was also backed up by the responses to what they felt the city needs to do to get more people to bike and a whopping 82% felt that they needed more bikeways to get around in the city. 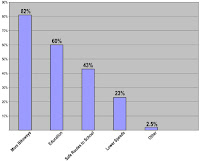 Miami is addressing many of the needs of its cyclists and have added tons of bike parking, potentially opening a few bike stations, added a bike sharing program, and are adding miles of bike lanes, sharrows, bike boulevards, bike boxes, etc. They also have a few PSA programs that are addressing conflicts between bikes and automobiles and make people aware that bikes have full rights of the road.

I attached the current Master Plan map to show how the city plans to create a connected network of bikeway facilities. It is progressive projects such as these that have helped move Miami and the state of Florida up the rankings of bike friendly places.

You can also CLICK HERE to view the entire Master Plan document and view other maps of future projects in the city. 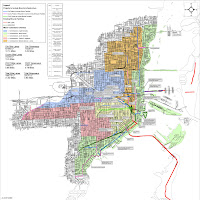