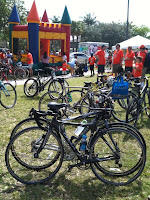 This past Sunday was the return of Bike Miami Days with the permission of City of Miami Mayor Tomas Regalado and the leadership of Bike Coordinator Collin Worth, and was the result of an amazing number of volunteer hours from the Miami Open Streets Team and others. Bike Miami Days is an event that mimics Bogota, Columbia's Cyclovia. Miami's event is held in Coconut Grove and closes the streets of downtown Coconut Grove from 9am to 2pm. Bike Miami Days consisted of a bike parade, yoga, raffles, an after party, and of course plenty of cycling, skating and walking around on the car free streets. 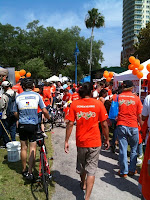 Despite a budget only a fraction of last year’s and a smaller route, Sunday’s event was an incredible success. Only weeks ago, rumors suggested the event could be canceled, until Mack Cycle and Fitness came in to cover over half the city’s costs for the event. Their huge contribution, combined with small donations from the public and the support of organizations like the Florida Bicycle Association, the Green Mobility Network, South Florida Bike Coalition, the Dutch Consulate, the Coconut Grove Business Improvement District and so very many others, saved Miami’s largest free and family-friendly street party. 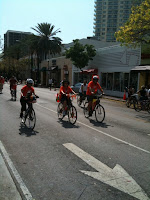 Check out their website or blog to see when the next Bike Miami Day will occur, but hopefully with the proper support, it will become a regular event.

Photo credit goes out to my friend and fellow rider, Steve Rolles, who personally attended the event and reported its success. 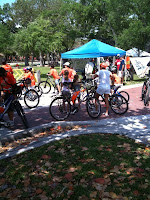