Protected Bike Lanes are on the Way

I have been in Portland Oregon this week and it is an amazing place to say the least. The state of Oregon implemented policies that mandate and street that recieves improvements, to have to include multi-modal facilities, typically bicycle lanes. They are everywhere here, and have started to take on new designs as they adapt to their context and are influenced by higher ridership.

One of the new kids on the block have a euro feel and several names: Cycle Tracks, Protected Bike Lanes, Bike Paths. Bottom line is, most people won’t start riding until you take cars out of the equation. Why? Because even well-intentioned people do stupid or careless things, and when people do stupid or careless things while in a car, they could hurt or kill others. Even a cyclist’s own mistake can put them at much greater risk when riding alongside traffic.

So we have the classic chicken and the egg problem – you have to build great facilities first, then the people will ride. Current bike lane designs are ripe for abuse. There’s no way that police departments anywhere in cities will ever be able to effectively police bike lane misuse. In some cases, police themselves use them as parking lanes. Needless to mention, bike lanes also fail at protecting the cyclist. Visual proof follows. 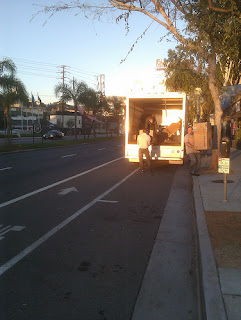 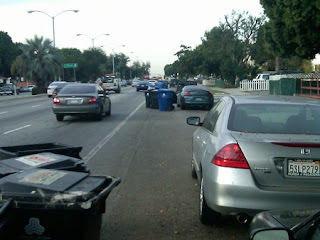 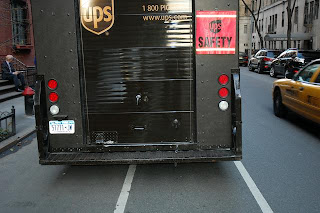 Simple solution to avoiding all of the above:

Dennis Hindman hits it right on the head with his comments on the “BPIT Top 10” LADOT Bike Blog article. It makes the case for the need of a “perceived barrier” that physically separates and protects cyclists from car traffic.  As a buffer, use planters, landscaping, bollards, or a row of parked cars.  You know, “experimental” stuff that most people would consider a no brainer. Vancouver gets it, Montreal gets it.

Below are some of the American examples that have popped up and are already wrorking at increasing ridership and safety. 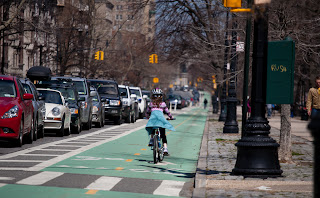