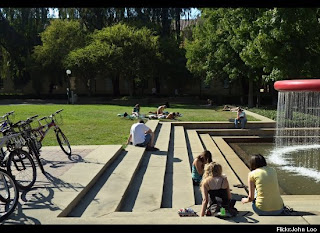 Avid cyclists, take note -- the country's dreamiest school, Stanford, is also the most bike-friendly, according to the League of American Bicyclists.

This year, the league released their first-ever list of universities most friendly to cyclists, determined according to performance in five areas: Engineering, education, encouragement, enforcement and evaluation and planning.

According to a press release, Stanford earned top marks thanks to its large number of bike-related programs and resources -- like route maps, safety classes and safety repair stands -- and because a whopping 21.7 percent of Stanford students, faculty and staff commute via bicycle. 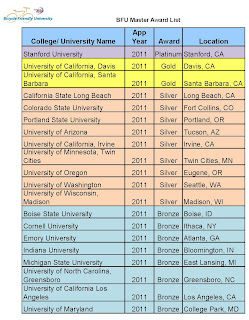